Going into a ballet class most people expect the physical strain that comes with the grace, poise, posture and foot work that ballet dancers are famous for enduring. However, people forget that ballet also works the mind.

“You need to really think during a ballet class,” says Dianne Harrison, principal at Elancé Adult Ballet School in Melbourne. “Your brain needs to be several steps ahead of your body. It must instruct and control multiple muscle groups, apply the correct techniques to prevent injury and create artistry through emotional expression. And then you dance!”

Fortunately, our brains respond well to these challenges. A 2017 study in Frontiers in Human Neuroscience journal compared the impact that both dance and repetitive endurance training had on the hippocampus – the part of the brain that is mostly associated with memory.

As a result of the different arm formations, steps, rhythms, and speeds, the study found that ballet dancing led to a behavioural change through improved balance.

It found that while both had a positive impact, only dancing led to a behavioural change through improved balance. The authors attributed this to dancers having to learn new routines, as well as different arm formations, steps, rhythms and speeds. 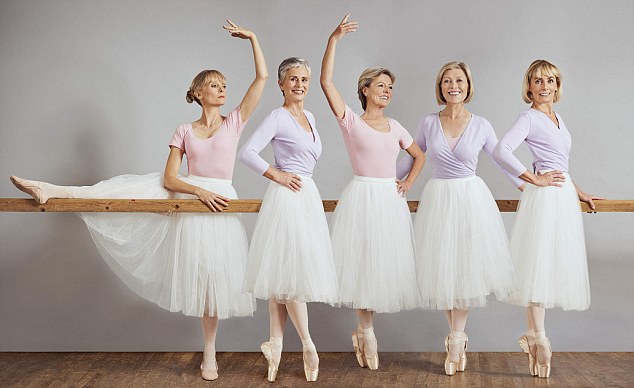 Meanwhile, a 2003 study in The New England Journal of Medicine showed that of 11 physical activities, only dancing was associated with a lower risk of dementia.

Following the sudden death of my mother Esther in 1952, my father Harold Rose, decided to use all his savings to send me and my three elder siblings plus their spouses, to England. I was seventeen. We were leaving a privileged life in Calcutta, which had once been the capital of the British Indian Empire during the “British Raj”.  Our family was comfortably off by Anglo-Indian standards, measured by the fact my father was a senior engineer in a well-known British company, we had servants and he owned one of the very few motorcars in the city at that time, we owned our own home and could afford simple pleasures. Unlike children today we never went out unaccompanied, were never spoilt, nor did we want for anything. We were a very content and close knit family. Losing my mother at such a young age was devastating for me as the youngest of four. My sister was nine years older and married, my brothers were caught up in their own search for good jobs and fun. I, on the other hand had never even braided my own hair!

Arriving in Southampton, December 1952 was more than just a culture shock. Anglo-Indians were not considered “Indian” back home and certainly not regarded as English in the UK! Rationing was still in place following the war. With little or no winter clothes we struggled to find accommodation relying on distant relatives, we suddenly found ourselves as unwelcome foreigners, there being very few people of colour in England in those days! Times were difficult, my college educated brothers struggled to find work in their chosen professions despite degrees issued by the “British curriculum” we had studied in India. Thankfully, my Senior Cambridge qualifications had allowed me to attend secretarial college and I was extremely fortunate to find work in the Ministry of Defense, Whitehall. My father joined us after a few years and lived with me in Wimbledon until his death in 1967.

Move forward thirty years and I was settled, married to William with two children of our own. As a close family my brothers and my sister lived within easy distance of us and would always gather for birthdays, weddings and Christmas and any other excuse to get together and reminisce. Consequently, my children have grown up knowing the love of a very large family and the support of very close Anglo-Indian friends who had also found their way to London. In our culture everyone is “Aunty” or “Uncle” and sometimes my kids were a little confused as to whom they were actually related to!

Looking back on those early days of struggle, it is so gratifying and yet so unbelievable that Bill and I were able to ensure our children experienced nothing of those trying times, but we certainly made sure they appreciated what we had been through and how far we’d come.  For my son to be able to own his first apartment by the age of 21 and my daughter to attend university in another city, made us both very proud and grateful for the sacrifices my father had made to get us to what he knew would ultimately be a better life for us all.

Forty-Four years on and looking forward to retirement my life fell apart. My daughter went travelling to Australia and announced on her return that she was going to emigrate!  This was fantastic news as both Bill and I loved Australia and had even looked into become “ten pound poms” in the late 70s. The same day she submitted her migration papers at Australia House, my beloved Bill collapsed at home, was taken to hospital with a burst aorta and died. It was Christmas Eve……

The next year was difficult, coming to terms with the grief and the impending loss of my two children, my son had also decided to emigrate having heard his sister’s stories and knowing his career could also flourish. I would never hold them back, as the poem says “The two most important things we can give our children are roots and wings…”  Fortunately for me, the first thing they did on arrival in Sydney was submit an application to sponsor me.  How fabulous! Well it took ten years to be approved but during that time I was able to holiday with them once a year for a few months at a time, while all the time thinking –it’ll never happen! My visa finally came through in 2010 so I packed up my life, belongings and courage and made the journey, once again leaving the security of my home, friends of 58 years, and the families of my siblings. Yes I was coming to be with my children, yes I was going to be close to my grandkids and be able to watch them grow up but I knew my children had their own lives. I didn’t want to be a burden on them or rely on them for anything except love.

Little did I know my daughter, who knows me so well, had done her homework. “There’s a place down at Little Bay called “Coasts,” she told me. “I think you’ll like it, they have activities and classes” (she knows how I love to take classes!)  Well, what can I say? I read all the leaflets, explored the location and signed up to 1 or 2 and then 3 now 4 classes! I made new friends, special and true friends who helped me settle in, find my feet, have fun again and feel part of a community. Thank you Coast Centre for all you do. There are too many of us struggling to cope with loss, isolation and even just the senior years. I am so grateful for the welcome I received and hope many more in the community will support and benefit from the fun, warmth and friendship the Centre offers. 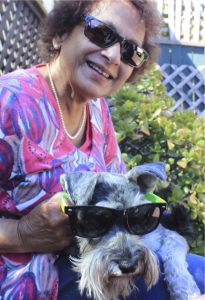