If there is one thing the Coast Centre makes clear, it is that age is no barrier to having a great time and loving life. What an excellent example you set for the younger generation; …teaching them that age is just a number and you can never be too old to learn a new skill, set a new goal or dream a new dream.

They say that the minute we cease to grow and learn is the minute we begin to be old. So as I look around me at all the opportunities and classes offered here at the Coast Centre, I realise this is a youth
centre!

There is still so much adventure and excitement and learning still to be had, and this is the place it is happening.

Congratulations on creating such an impressive centre and reminding us all that age is not lost youth, but a new stage of opportunity and strength. 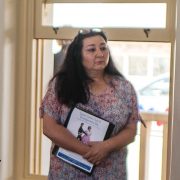 I’d like commend the Coast Centre on all the wonderful work you do. It’s well-known the important role that grandparents play in our society, offering care, love and guidance to your children and grandchildren.

I’d like to acknowledge the amazing work of the Coast Centre, and the importance of grandparents within our community.

It has been, and will continue to be, a great pleasure to be at the Coast Centre.

The Little Bay Coast Centre for Seniors evolved in 1994 by a group of forward-thinking people whose aim was to provide older people, aged 60 and over, the opportunity to learn new skills whilst creating new friendships.

This initiative was encouraged and supported by Dr. John Ward, a Community Geriatrician to South Eastern Sydney Area Health Service. Dr. Ward sometimes worked from his office on the Prince Henry Hospital Site.

Dr. Ward sought like-minded citizens in his quest to start a Learning & Activity Centre for those aged 60 and over.  In subsequent years, the age was dropped to 55 and over. The age for membership is now 50 and over.

Mr. Noel Slarke, Mr. Pat Williams and three women were the architects of this vision. Mrs. Olga Anderson eagerly joined this team a few months later and was elected President of the CC for Seniors in 1996 when Noe Slarke (the first CC President) stepped down from his role.

Early in February 1996, Bruce (my husband) was a patient at Prince Henry Hospital. On a corridor wall near Bruce’s room, I noticed a flyer that mentioned an Activity & Learning Centre for older people 60 and over. I mentioned this the following morning to Bruce and stated that I intended to “check it out”. Bruce’s immediate response was “I don’t want you getting involved with a group you may later regret”.

However, I followed my intention before visiting Bruce the following morning. This was a EUREKA moment!

The first person I sighted emerging from an office asked in a friendly manner “Can I help you”? my reply “I am interested in the Line Dancing, Calligraphy and Crochet Classes!” Olga Anderson gave a timetable of classes and timeslots for each.

The following morning, I attended the Line Dancing class led by Elizabeth and with approximately 16 participants. The following week, I attended the Calligraphic class and Crochet classes (approx. 8 in each class). The Calligraphy class was led by Ms. Fran McLeod, along a retired Matron from the Prince Henry Hospital. Fran retired as Calligraphy teacher approx. 10 months later and her role as tutor of Calligraphy was taken over by Mr. Dennis McFadden.

Following further conversations with Olga over the next fortnight, I was surprised to read in a CC Weekly Newsletter that “Meg Harris has been appointed the first Publicity Officer for the Coast Centre for Seniors. This role continuously surprised and challenged me.

I was given my own office, adjacent to Olga’s and then my hours of working from this office grew to being 3 to 5 days per week with some reprieve for me to attend my favourite activities (notably table tennis, Boulé and normal tennis).

Some examples of my time devoted to promoting the CC for Seniors expected were organising displays of work and examples of Painting, Calligraphy, Singing recitals, Line Dancing demonstrations, in shopping centres notably Eastlakes, Southpoint, Eastgardens, Maroubra, (tennis table). I got to know all the Centre Management managers.

At least once each year Olga reminded me that my volunteer Publicity role included my speaking to Rotary and other community groups about the benefits of belonging to the CC for Seniors. For five consecutives years, Bruce and I were enlisted by Olga to speak at Geriatric Nurses Graduation Ceremonies. Bruce would provide taped and CD activity of Classes in Action at the Coast Centre.

Professor John Dwyer from P.O.C.S Hospital enlisted the Line Dancing Performance Group to provide the entertainment at two of the Prince of Wales Arrival Ret Open Days, over almost ten consecutives years, the Line Dancing Performance Group was in great demand to provide the entertainment at Randwick, Woollahra and Botany Council Functions (usually held on Saturdays) in addition to many Nursing Homes between 80 and 98 occasions, on weekdays, each year.

The Line Dancing Performance Group was delighted to be invited to give a 15 minutes demonstration of Line Dancing at a State Health Forum at Parliament House in 2000, chaired by Victorian M.P. Joan Kiner.

I was also an invited key note speaker at this forum on topic of “Health Ageing”. This function proved to be a memorable experience for the L.D. Performance Group.

In 1998, Sister Shirley was enlisted by Olga to begin a “Singing for Pleasure” group and Olga requested that I was to encourage this group to also visit Nursing Homes. After two years, Sister Shirley resigned to enjoy a quieter life and as Publicity Officer, Olga related to me that it was my task to find a replacement “Singing “tutor.

Luckily, I vaguely knew that Mrs. Alison Crawford has recently retired from being a full time Music Teacher at Woollahra Demonstration School. When I mentioned this to Olga, I was told that apparently my role of Publicity Officer included new tutors.

Alison was looking forward to a life of leisure and travel. However, after a number of phone conversations with Alison, Alison agreed to fulfill this role on condition that she wouldn’t be expected forego her retirement plans for leisure and travel in retirement.

Since 1996, my membership and participation in activities that are offered at the Coast Centre have served to provide me with a most enriched purpose for living life well.

My congratulations to all who contribute and have contributed to the undeniable success of the Coast Centre for Seniors at Little Bay. 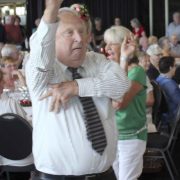 Classes at the Coast Centre have meant a lot to me.

I first joined the Centre in 2006 to practice Italian for some upcoming singing parts.  At the time, I was singing with the Sydney Philharmonia. I first joined them as a baritone in 1954. I left the Philharmonia in 2010 after a thrilling 56 years – We had a ball. I sang at the opening of the Sydney Opera House in 1973, at the Bicentennial at the Opera House in 1988 and all over the world: Italy, Singapore, Malaysia, England. There were wonderful Festivals everywhere too; when we sang with some of the best voices in the world, including Pavorotti –  It was terrific.

I joined the St Mary’s Cathedral Choir too in 2003. I’m still in that choir and am a Life Member of the Choir Committee.

The Italian classes turned out to be a tremendous amount of fun, thanks to the tutor, Maria Lo Guidice, so I have stayed on and never looked back.

Thank goodness I had the class at the Centre to come to when I was diagnosed with the auto immune disease, Polymyalgia (PM) in 2011. Polymyalgia is a type of arthritis and it is extremely painful. I played tennis until I was 80 and when I  developed this disease, it was a terrible shock. I had already developed cancer of the prostate in my 70’s, but PM was a different story.

When the Centre started offering Tai Chi classes for Arthritis in March 2013, I jumped at the opportunity at improving my mobility and reduce pain. Tai Chi did that and gave me a new lease on life. 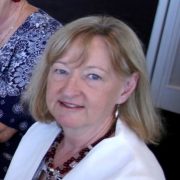 I have been a member for several years now; since my retirement, and I have to say it must be the best and most professionally run Seniors Centre ever. The location is ideal and the dedicated staff do a sterling job maintaining a high standard of services and always in the best interests of the members.

The variety of classes they provide is amazing – several different types of dance classes, language classes, fitness classes specifically for seniors, yoga and meditation , computer classes, a host of activities such as learning to play cards, table tennis, walking groups, movie groups, day trips away and more. Some of the classes provided have already helped so many members with mobility issues in regard to flexibility and balance. It’s a great way to make new friends or just have the occasional social interaction.” 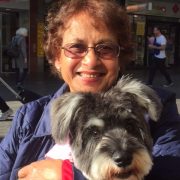 “There’s a place down at Little Bay called “Coasts,” my daughter told me. “I think you’ll like it, they have activities and classes” (she knows how I love to take classes!)  Well, what can I say? I read all the leaflets, explored the location and signed up to 1 or 2 and then 3 now 4 classes! I made new friends, special and true friends who helped me settle in, find my feet, have fun again and feel part of a community.

Thank you Coast Centre for all you do. There are too many of us struggling to cope with loss, isolation and even just the senior years. I am so grateful for the welcome I received and hope many more in the community will support and benefit from the fun, warmth and friendship the Centre offers.

“I am grateful that you kept me in the loop by email after stopping activity five years ago. I received information regularly, but never moved to do anything about it.

I achieved my 75th birthday and was feeling a little lazy and lethargic after covid lockdown; I had to do something!.

I noted that “Tanya” was offering a new “Movercise” class. It sounded as if it was what I needed. I also loved the fact that it was a 9am start.

There was apprehension on returning; as it had been so long since I attended and I didn’t know if the class would be the right fit for me.

Result after three weeks of attending and being welcomed so well by Tanya and all the ladies, put all fears aside.

I felt so comfortable and welcomed and feel like I was visiting such a familiar building, being the old Prince Henry site.

Thank you to all that co-ordinate and Manage such a wonderful organisation for the seniors in our community”.